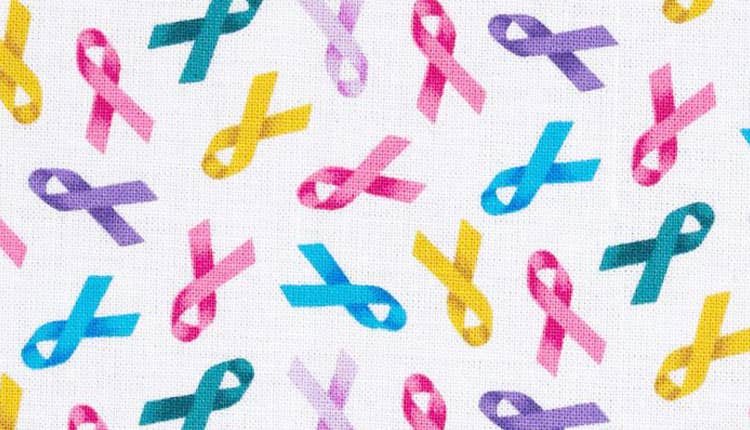 The awareness ribbon history can be traced back to 1979 during the Iranian Hostage Crisis. People began tying yellow ribbons around trees in support of those held hostage in the American embassy. Later on in 1991, the first breast cancer awareness ribbons were created by Charlotte Haley. These ribbons were actually peach (see original ribbon below) colored and Charlotte began asking people to lobby the National Cancer Institute to raise awareness and increase funds for the cancer prevention budget. 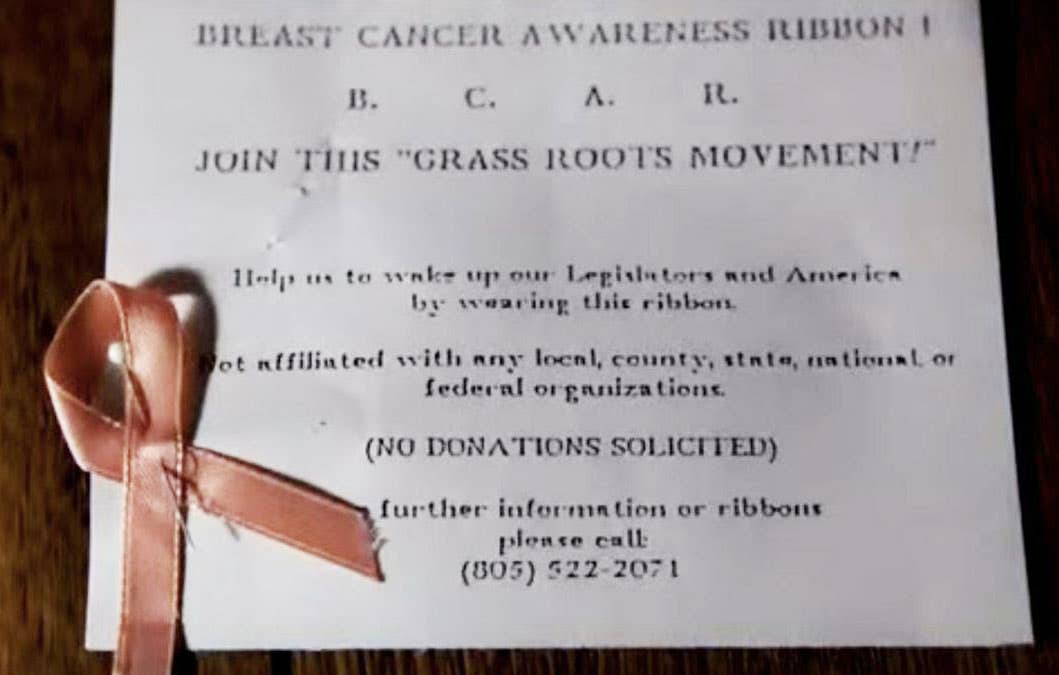 Ribbon symbolism has since become a common way to show your support for a particular cause. It can also show that you may have been personally affected by a specific disease, illness, or social issue. Displaying a colored ribbon also allows you to connect with others who may support or been affected by the same.

Awareness ribbons can be seen everywhere. So much so that it can be difficult to know what each color stands for. It can also cause confusion as people displaying the same color ribbon can actually be supporting different causes.

“It’s a ritual that repeats itself for any number of causes, such as teal ribbons for ovarian cancer to red ribbons for AIDS awareness.” – Time Magazine

For instance, red ribbon meaning can be for AIDS of HIV awareness. However, it can also stand for heart disease awareness or burn victims. In fact, red ribbon symbolism can include any one of three dozen causes.

Ribbons often coincide with awareness months. For instance, cancer ribbon colors such as pink (breast cancer awareness) are often seen more during Breast Cancer Awareness Month. Organizations also embrace ribbons as a symbol such as the Susan B. Komen Foundation displaying the pink ribbon to symbolize the organization’s overall goal of finding a cure for breast cancer.

To help you understand ribbon meanings, we put together a short guide that helps explain the seven most common ribbon colors.

Keep in mind this only covers a portion of what is out there, but these are the most common that you will run into.

Since we already briefly touched on red ribbons, let’s take a closer look at their meaning and the causes they represent.

Traditionally, red ribbons are associated with bringing awareness for HIV/AIDS. In fact, they have been displayed at the White House by both the Bush and Obama Administrations for World AIDS Day. However, red ribbons also have a special meaning surrounding drugs and alcohol.

“A red ribbon is worn on World AIDS Day as a universal symbol of awareness and support for people living with HIV.” – The Evening Standard

Mothers Against Drunk Driving and the D.A.R.E. program both use red ribbons to symbolize the fight against drug abuse and drunk driving. There is also a Red Ribbon Week which is in honor of a Drug Enforcement Agent who was killed by a Mexican drug cartel in 1985.

“That is why every holiday season from November 1st through December 31st MADD asks you to display a MADD red ribbon in a visible location to remind others to always designate a non-drinking driver.” – M.A.D.D. 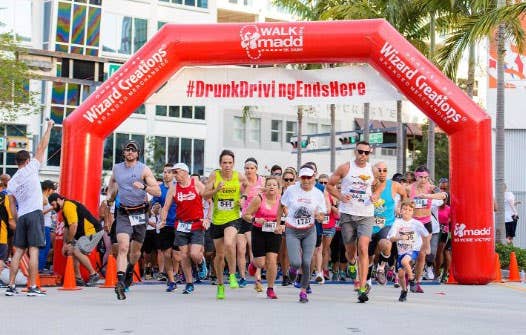 While the causes listed above are the most common red ribbon meanings, here are some of the less common ones you may run into:

Yellow ribbon is one of the most commonly used awareness colors. It is also one of the oldest used colors as it has history dating back half a century and symbolism that varies all around the world.

Popularized by the song “Tie a Yellow Ribbon Round the Ole Oak Tree,” it has been used for things such as the 1979 US-Iranian hostage crisis and a symbol or the missing person case of Madeleine McCann. 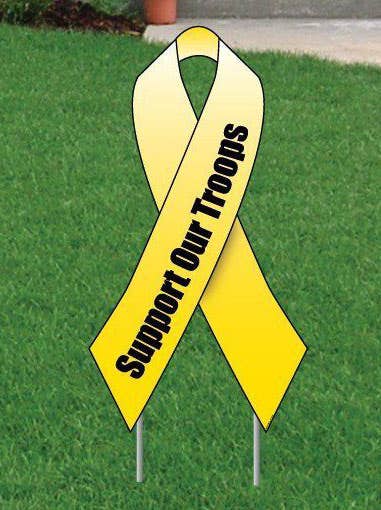 The most common yellow ribbon meaning is for support of U.S. troops. It is used to show support for those in the armed forces as well as POW/MIA. When you see a yellow ribbon, chances are they have a family member who is/was in a branch of the U.S. Military.

Cancer ribbon colors vary, but yellow is one of the most common. It includes awareness for bladder, bone, and liver cancers. It can also be used by those affected by suicide. Additional causes include obesity, spina bifida, and missing children.

When it comes to ribbon meanings, blue can be one of the most difficult. In addition to having so many causes it represents, different shades of blue also represent different causes.

Blue has been used to bring awareness primarily for colon cancer. But it also symbolizes arthritis awareness, Huntington’s Disease, and Usher Syndrome just to name a few. 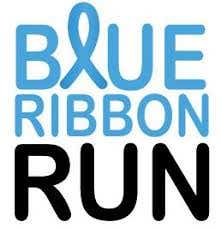 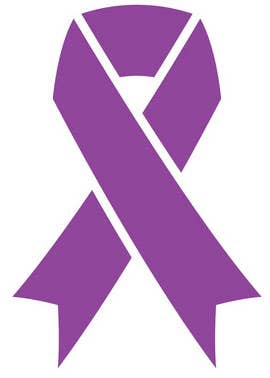 Purple has many meanings when it comes to ribbon symbolism. For starters, it is used for various diseases and conditions which include (partial list):

For those wearing lavender (a lighter shade of purple), it can mean awareness for all types of cancer as well as epilepsy awareness and Rett Syndrome.

More recently, the purpose ribbon has been used to take on the opioid crisis. This after U.S. Senators wore the ribbon during the Sate of Union address in January 2018.

We previously touched on pink ribbon symbolism but want to point out that this is one of the least confusing colors with its meaning. In fact, it is internationally known, not just in the United States, as the symbol of breast cancer awareness.

“The pink ribbon has been a spectacular success in terms of bringing recognition and funding to the breast cancer cause.” – The New York Times 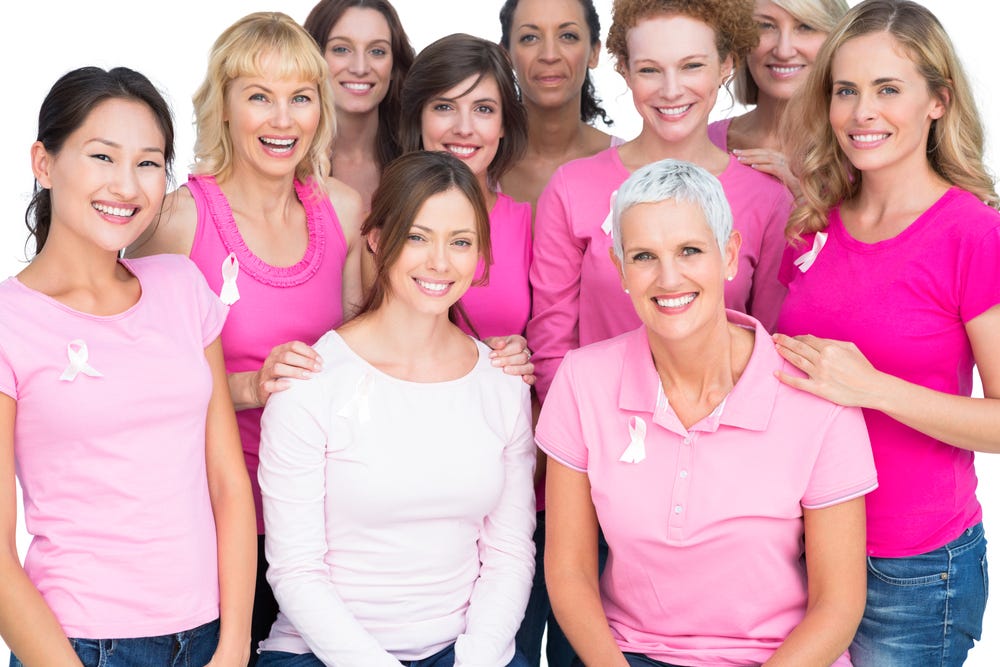 Green ribbons symbolize more causes than any other color listed herein. You need to pay close attention to the shade as the meaning can change depending on it being light green, lime green, mint green, turquoise, or teal. 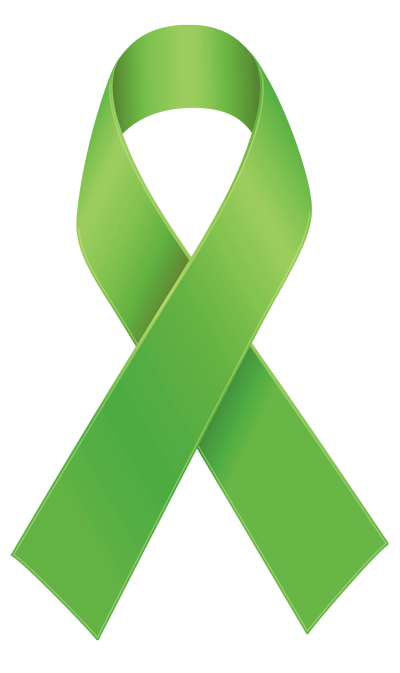 Generally, green ribbons are awareness for mental health and include conditions such as:

Light green ribbons can stand for celiac disease and sexually transmitted diseases while mint green can stand for genetic disorders and kidney disease.

In addition to awareness ribbons, the black colored ribbon symbolizes mourning. For black ribbons, the most common symbolism is for remembrance of 9/11 (September 11th). Although in recent years, this has been supplemented with a ribbon resembling the American flag.

Black ribbons are also worn for just about any other event for mourning. If you keep up with Google Doodle’s, you will see that the search engine often displays a black ribbon after tragic events, most recently the Thousand Oaks shooting in California.

Outside of mourning, black ribbons are used to raise awareness for sleep disorders such as narcolepsy and sleep apnea.

With all the various colors for ribbon symbolism, there is always something you can use to help bring attention to your cause.

According to statistics, more than half of people who receive a promotional product remember the brand that gave it to them. More importantly, they are more likely to do research on that brand. By giving out promotional items that represent your cause, you bring awareness without the need to do follow-up with those people.

Tote bags are one such item. With 3,300 brand impressions generated for each, they are kept an average of 11 months by their recipients. 50% of people receiving tote bags are more likely to do business with you (e.g., support your cause). They also cost approximately 2/10th of a penny per brand impression, making them one of the most inexpensive advertising mediums available.

Drinkware items such as custom coffee mugs and promotional tumblers also make great awareness items. These products will cost you less than a penny per impression and are used by everyone. As such, you will be giving away a useable item at a fraction of the cost of internet or television advertising.

Finally, pins are another great idea as they showcase your cause on the front of your shirt. You can choose from different badges, pins, and buttons which can be customized with your logo and message.

Always symbolic, often confusion, ribbons are used to bring awareness for many different causes. It is important to understand each so as not to mix up what you wish to support.

If you are looking for a way to bring awareness to your cause, there are many ways to do so. Once such way is to use promotional products for cancer awareness. If you are unsure of the right item to use for your cause, give one of our promotional specialists a call. They can provide you with plenty of options that fit your budget.

Branding Solutions to Create a Lasting Halo Effect For Your Brand

9 Promotional College Fair Giveaways To Help You Stand Out

How to Pick the Best Custom T-Shirts For Your Business, Club, Charity, or Team

Leo Victor May 15, 2020
Prev Next 1 of 3
Contact Us
POPULAR CATEGORIES
TOP PRODUCT CATEGORIES