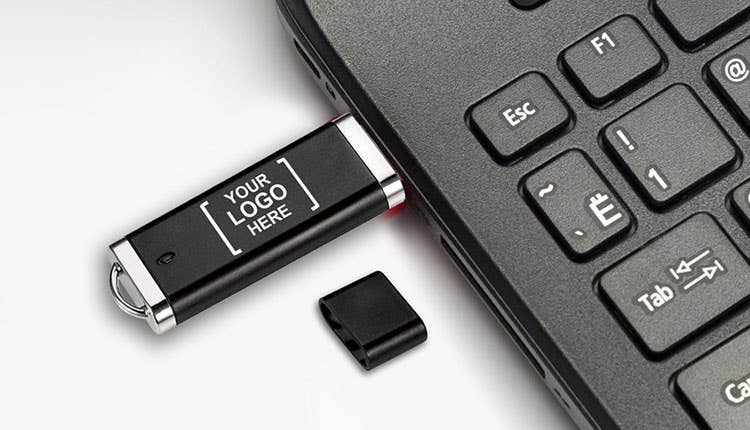 For how long can USB Memory Sticks really retain your data?

In a perfect world USB flash drives would store our data on their NAND memory chips for life. While 10 years seems to be the unwritten rule, we dive deeper into real life data. 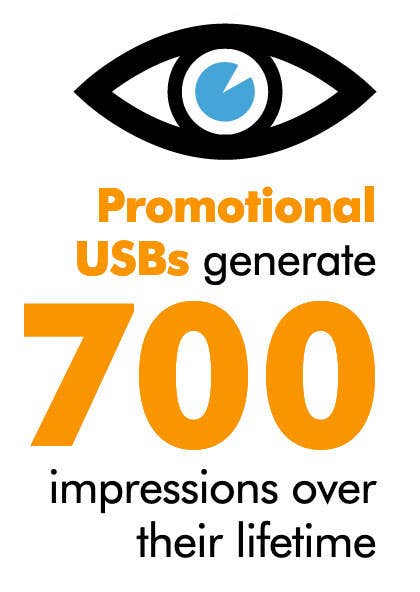 .SB flash drives have been a part of our daily lives for over two decades. The small devices (also called memory sticks) have greatly improved efficiency when trying to get multiple files from one location to another. For many people, they have also served as convenient data storage options.

We also know that any given promotional USB memory stick can yield 700 impressions in their lifespan according to the Advertising Specialty Institute. That means that, 700 people will see a company’s logo on the USB device before it falls out of use.

But, what do we mean when we use the term “lifespan?” When determining flash drive life, there is no single metric you can really use. A number of factors come into play that ultimately decide how long a flash drive lasts. We’ll discuss a few of them below.

Using the Device More Often Can Shorten its Total Lifespan

This may seem obvious, but the more you use a memory stick, the more likely it is to degrade over time. Most USB flash drives can undergo 10,000 to 1 million “write/erase” cycles before data starts to get corrupted. This means that you can add, delete, or overwrite data on the flash drive 10,000 to 1 million times before noticing any data corruption or error, which is pretty incredible! 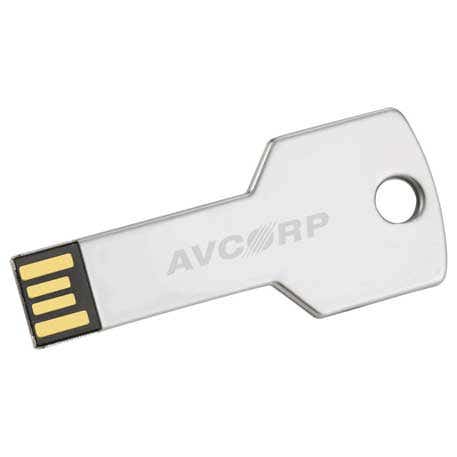 Obviously, reaching this number of cycles is unlikely unless you frequently use your memory stick for that purpose. Of course, there are dozens of other ways to use flash drives nowadays that would help you avoid the “data corruption” stage.

Even so, the only measurement of a USB flash drive’s age is the number of times data gets written to the memory. The device’s actual physical age is not as important as the amount of times it gets used. Most flash drive manufacturers estimate that their devices will last 10 years, but they could feasibly last longer if you use them sparingly and keep them safe.

So, data storage lifespan is finite. But, most users will never reach a large enough number of write/erase cycles to worry about it. In most cases, you can write something to a flash drive and literally come back to it 10 or more years later with no issue.

Certain manufacturers outfit their flash drives with sturdier internal or external components to extend lifespans. As a general rule of thumb, if a flash drive has a higher write/erase cycle capacity, then it will typically last longer both because of its more durable design and its increased write cycle capacity. 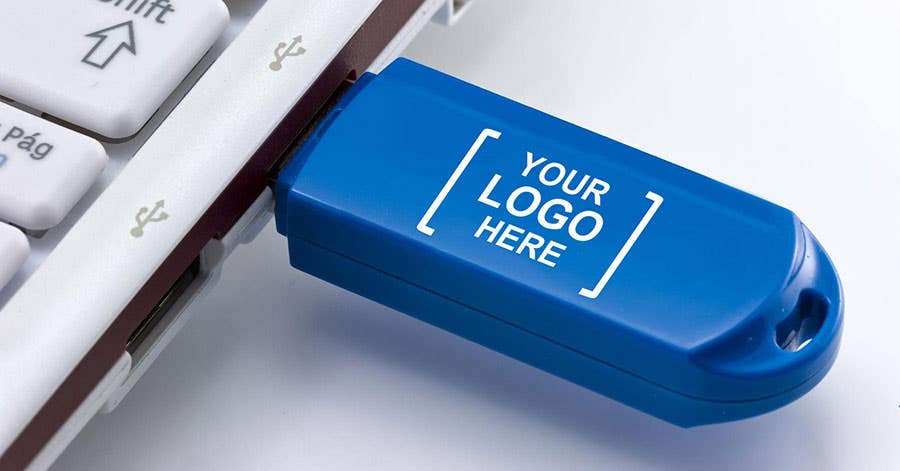 User error and general wear and tear to the internal components can also shorten the amount of flash memory life. One of the most common user errors occurs when someone simply yanks the drive out of the computer’s receptacle when they are done using it. This is commonly referred to as an “eject failure.” 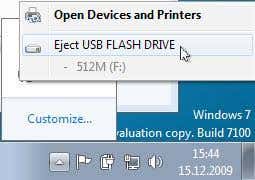 If you have used USB flash drives enough, you are probably familiar with the proper ejection technique. Your computer typically asks you to “unmount” or “eject” the device using an onscreen prompt, and you must simply click “Eject this device” or something similar.

It can be easy to forget to perform this function, and many people might think it’s unnecessary. But, as with most computer warnings, there’s a reason behind it. When a USB flash drive is connected to a computer or other host, it is in constant communication with that host. The “eject” command essentially ceases this communication, allowing the drive to be released safely.

If you fail to properly “eject” the device, you run the risk of corrupting the data that was stored on it. 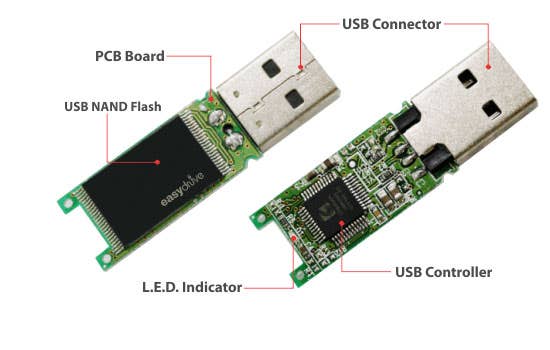 There are also a couple of other component failures that can crop up with some USB flash drives:

It is more common for component damage to occur before you use up all of your write/erase cycles. If you eject the device properly every time and keep it relatively safe, however, these component failures are less likely to show up.

How Long Do Flash Drives Last in Practice?

So, how long do flash drives last? Well, the answer is usually as long as the user wants. According to the Advertising Specialty Institute study cited above, promotional USB flash drives are kept an average of 13 months. We also know that 43% of people keep those drives two years or longer. 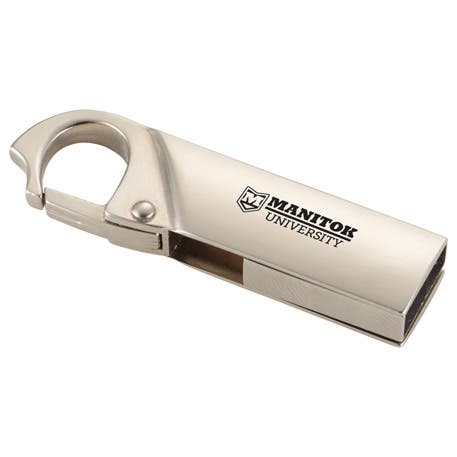 The fact of the matter is that flash drives can get misplaced or damaged beyond repair. They can also be replaced by another flash drive or the user can simply stop using them. Most users won’t run into the write/erase issue or the component failure issue. They are more likely to step on it, send it through an unfortunate washing machine cycle, or lose it in the clutter of a desk drawer first.

Of course, many flash drive options are becoming more and more durable to combat any blunt force or even water damage a device might incur. You can also opt for USB business card flash drives which are designed to conveniently fit in a wallet and therefore aren’t as easy to lose or damage.

So, theoretically, flash drives can comfortably last a decade or more, but that is rarely the case in practice. Of course, people always need new flash drives and it’s always a good idea to be the company that offers it to them.

If you want your flash drive to last as long as possible, there are definitely steps you can take. You might also want to include this list as a preloaded document on any promotional USB flash drives you give out. 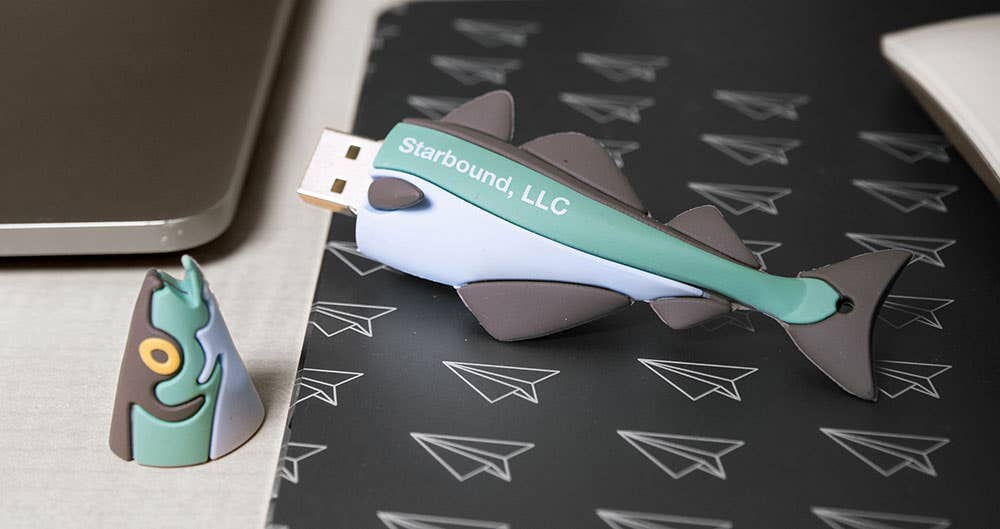 The data storage lifespan of a memory stick is technically finite. But, most people could theoretically use one of these devices for 10 years or more. In reality, we most often hold on to flash drives for a little over a year. In that time, of course, you can still accrue 700 impressions per device. If that sounds interesting to you, contact a promotions specialist at iPromo today.

12 Useful Travel Promotional Items For Your Next Giveaway